In this post we would like to talk about how hiring an interior designer can help save money on renovations and increase the value of a home.

Real estate investments are by the far the most expensive most people will make in their lifetime. Every dollar spent is an investment not just in cash, but also in time and energy. So, many homeowners wonder if it’s financially viable or even wise to hire an interior designer. Do professional fees take too large a percentage from the overall budget to make using an interior designer worthwhile?

The answer is a resounding no. Anyone with a realistic budget should hire an interior designer, ideally at the very beginning of a project.

“Get a designer onto your team sooner than you think so they can guide you about what to ask and how to speak with builders and architects,” 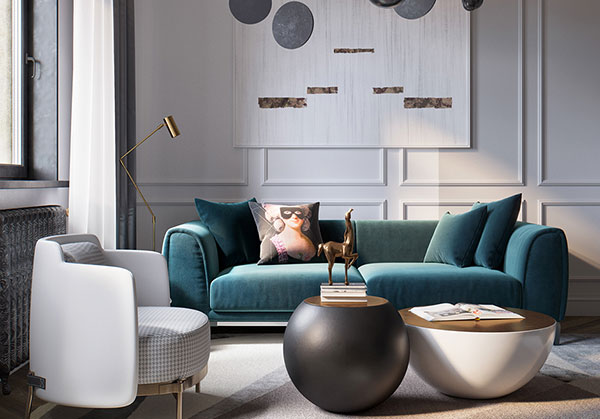 Designers can also help with the bidding and negotiation process. “With this newfound wisdom, homeowners are able to procure bids that have accurate materials allowances so there are no surprise overage invoices mid-way through a project or at the end,”

It turns out that interior design services often end up paying for themselves. Here are some more reasons using an interior designer can help homeowners save money.

One of the easiest ways interior designers help save cash is through their trade discounts. Special pricing can apply to everything from fixtures to furniture, appliances, and even décor. Most major furniture websites and stores have trade programs including Wayfair, Pottery Barn and Crate&Barrel. Smaller luxury brands can also offer trade pricing as well, for those who want something unique or custom.

Prior to considering all of the other financial benefits of working with an interior designer, simply doing the math on trade pricing can give you a basic idea of how much money can be saved at the very least.

How To Hack A Budget

A good interior designer will know how to best allocate funds, especially if there isn’t much room for flexibility. “It takes a savvy designer who knows the landscape of resources,” shares Hoffman.

For example, when furnishing a living room, a higher quality or more expensive sofa will always be a wiser investment than a pricy side table or lamp, because a sofa bears the brunt of wear and tear.

Experienced designers also know how to create a similar look in a range of prices. “When a client struggled between two very handsome tables for his library in a new home build,” says Hoffman, “I told him that the room’s final sleek effect would not suffer in the least if he opted for the lower-cost alternative. Knowing when to pull back and when to step up is something you can rely on a good designer to be able to do for you.” 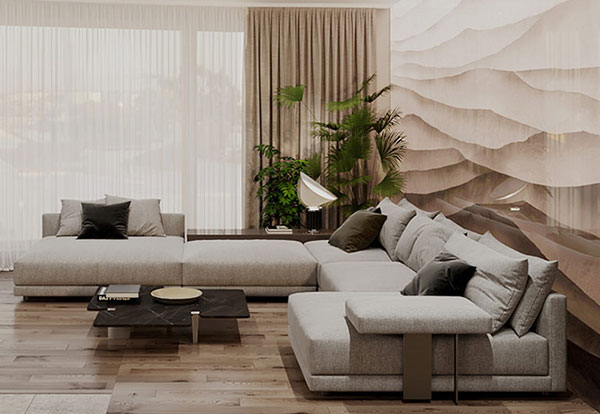 “There is something to be said for measuring twice and ordering once,” says Kate Lester of Los Angeles-based Kate Lester Interiors. “The margin of error is reduced when working with a designer, so the investment is more likely to yield a better result.”

Fixing a preventable mistake can end up blowing a budget. A professional will recognize errors before it is too late. This is also why a designer should be hired as early into a project as possible.

“We once had a project where our client had laid out her kitchen island and I noticed that she had not allowed enough space for her dishwasher to fully open,” Lester says.

Luckily, she caught the mistake before anything was built. “So often our clients make mistakes on sizing and scale and layering color and pattern. The time and energy it takes to purchase, try, and then return everything that they buy that doesn’t work makes up for our fee in and of itself.” 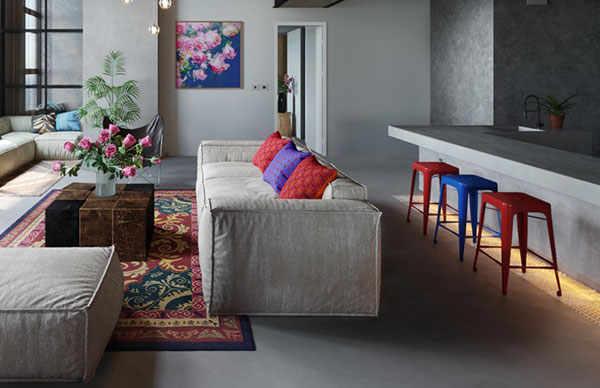 The project management aspects of a renovation can be equally time-consuming and frustrating. It’s the job of an interior designer to take this on for their clients and make sure everything runs smoothly. “We coordinate everything with the vendors, contractors, architects, artisans and so on, so the client doesn’t have to,” says Amy Kartheiser, founder of Amy Kartheiser Design. “We’re available to answer any questions that pop up, down to the details, and we take care of every deadline along the way.”

There are also many moving parts to a project that homeowners can’t always anticipate because they’re inexperienced.

“When it comes to any form of construction, hiring a designer is a must,” says Samantha Gallacher of Art+Loom and IG Workshop. “A designer provides a contractor with detailed drawings and elevations to avoid issues with electrical or plumbing being in the wrong place and therefore, the homeowner only pays once, instead of paying a contractor to change everything.”

According to Kartheiser, this also makes the process less stressful overall. “Because my team and I are there to guide our clients through the entire process, they can relax and actually enjoy the creation of their home, which is so important in this journey.” 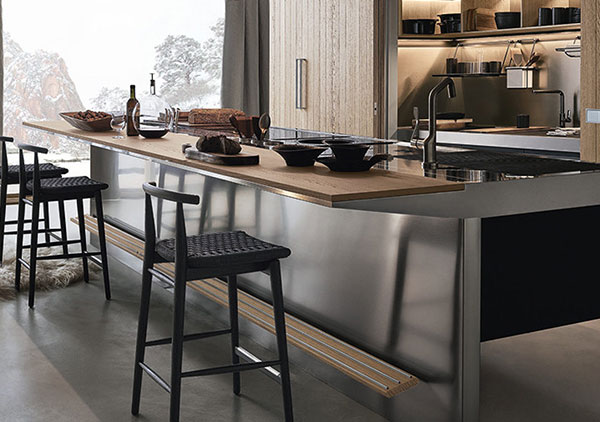 If you’re trying to save cash, it’s always a good idea to work with what is already there. A good interior designer will know how best to do that explains Gallacher. “They will have a better knowledge of how to repurpose old items, such as reupholstering furniture you thought was past its life.”

While many homeowners tend to focus on what they can see in front of them, professionals know how to look ahead. For example, most interior designers agree a timeless aesthetic will fair far better in the long run than an extremely specific or stylized concept. “The benefit of working with an interior designer that may not be top-of-mind is an increase in resale value. By having a visually pleasing home, the value of your home increases along with the number of potential buyers. The more eyes on your home, the quicker it will sell,” says Kartheiser. 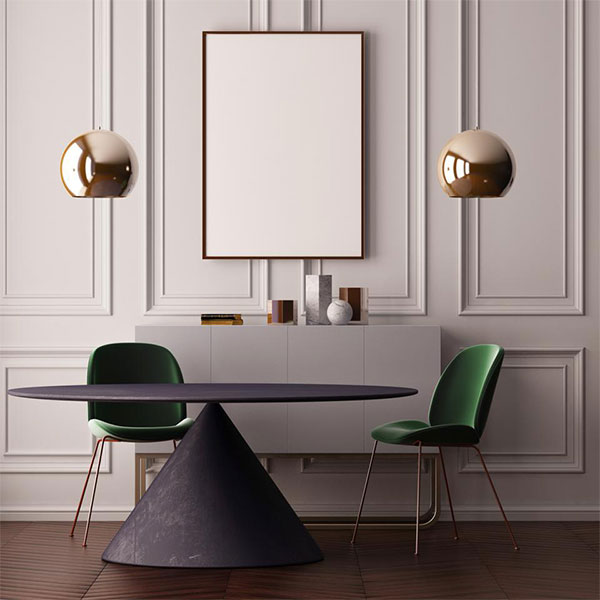 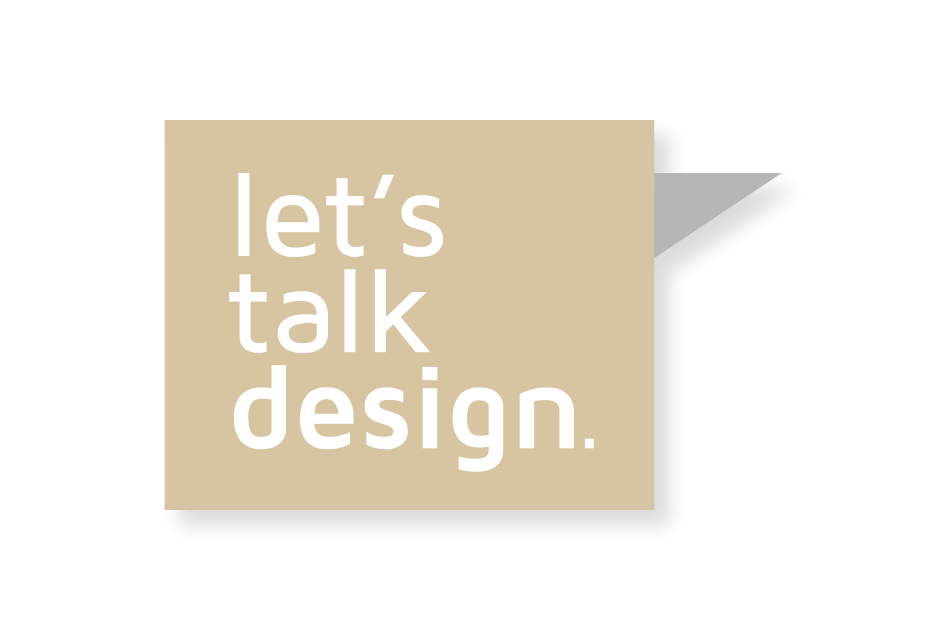 Would you like to discuss with us how we could maximise your project?

Living in a well designed home can make all the difference in your daily life.

Choosing the right fireplace depends on several factors: position, style, finishing material and type of fuel used. It can be used to heat a room and, in some cases, to cook meals.